A dangerous practice for women and the environment

The Oio region is the main zone of production of salt in Guinea Bissau (2000 to 3000 tons per year). The salt production is practiced during the dry season, from January to May depending on the areas and producers’ occupations. This activity is exclusively feminine and is an important source of income.
The salt produced in Guinea Bissau uses a technique which consumes a lot of cooking timber (more than 3 tons of wood are required to produce one ton of salt), causing severe deforestation. The activity works as follows: scraping and filtering the salted fields to obtain a brine (water saturated with salt) which is then heated with fire over metallic trays in the open air. This technique has very negative impacts on the women’s health (breathing cooking steam) and on wood resources.

The project aims at replacing progressively the wood by a solar crystallization technique on canvas covers. The sun and the wind will replace the wood. This technique is a simplified version of the one used in the salt marshes of Guérande and is easily fitting for the salt producers in Guinea Bissau. 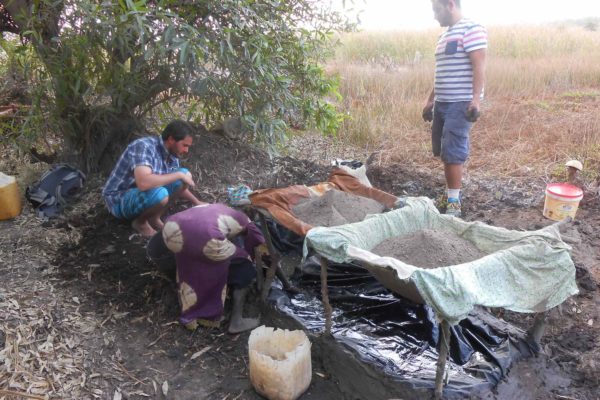 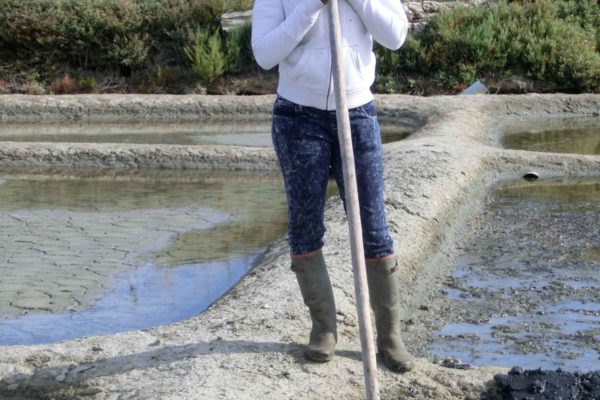 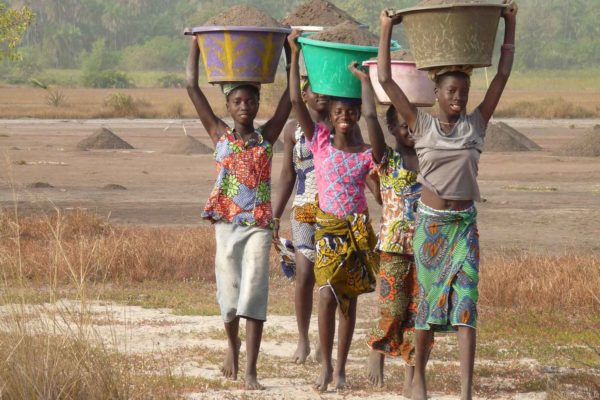 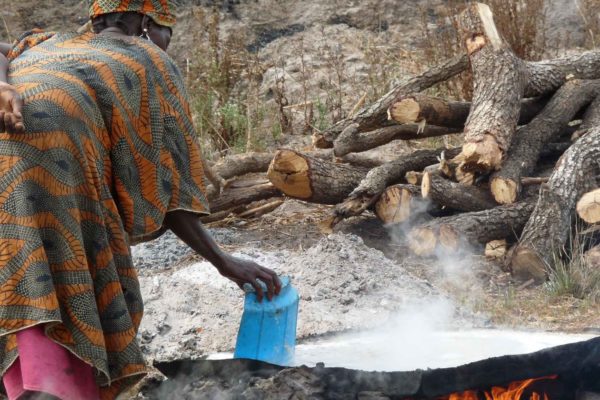 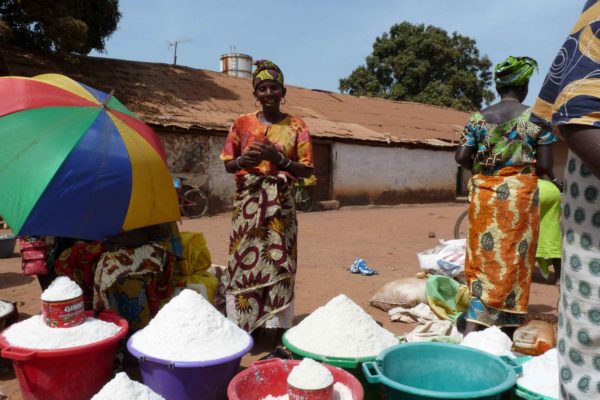 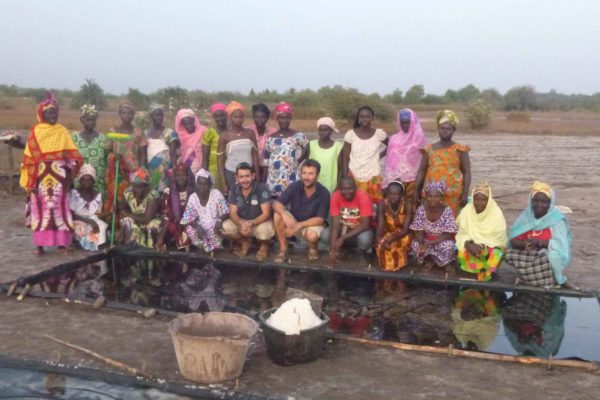 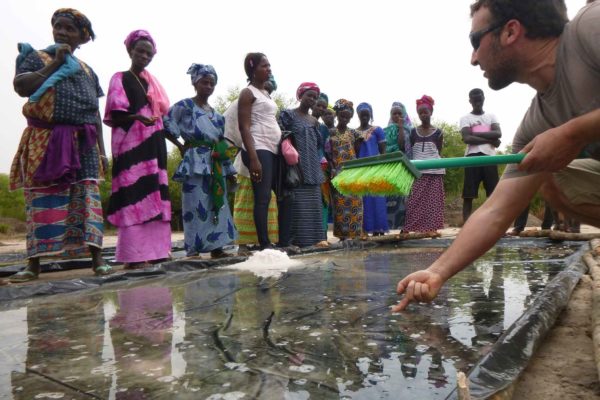 Reinforce the capacity of APROSAL, the local partner, and of the producers from Kapatres to allow them to adopt a technique of solar salt production that will increase their revenues.

Spreading the technique of solar salt production in the villages downriver of the River Farim by organizing exchange visits, by training 20 relay women, by installing 10 saline schools on these sites and by reaching out to 40% of the women producing salt from other villages.

Contribute to the development of the solar salt sector in Guinea Bissau by the characterization of the production and the creation of a network of players in the main producing areas. Carrying out a study on the salt production in Guinea Bissau and analyzing the origins of the salted grounds in the project’s area.

Reduce the anthropic pressure on wood resources and the arduousness of the activity.

Pour la seule Guinée Conakry, as several tons of salt are produced this way, it equals to several hundreds of hectars of mangrove that disapear in a puf of smoke each year.

Increase the monetary revenues: 50% more with an equal production
Decrease the working time of the producers
Preserve wood resources in the production sites
Feedback of the project 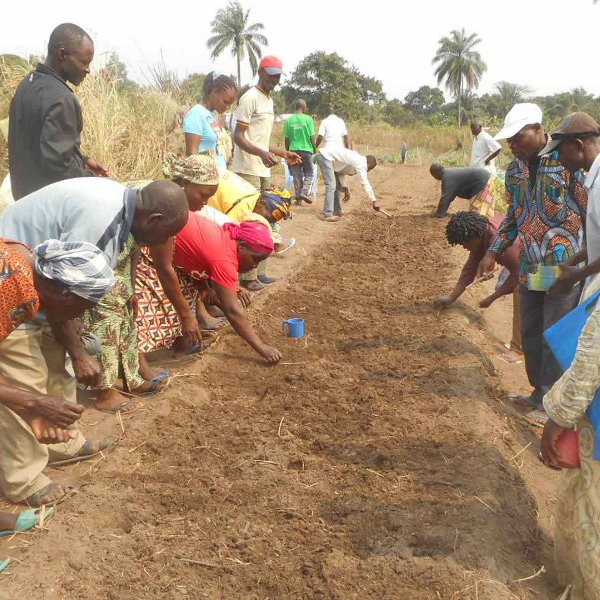 Using bush plants as a pesticide 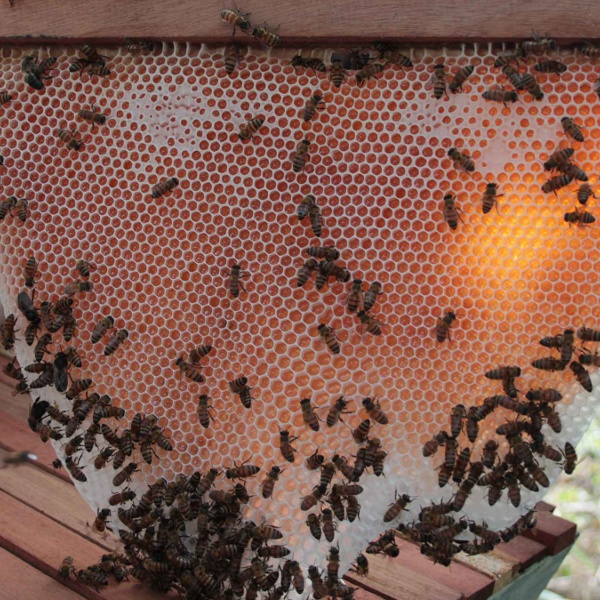 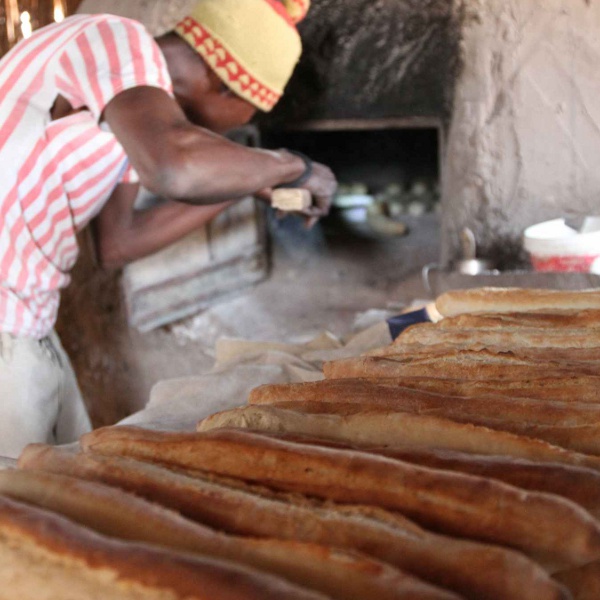 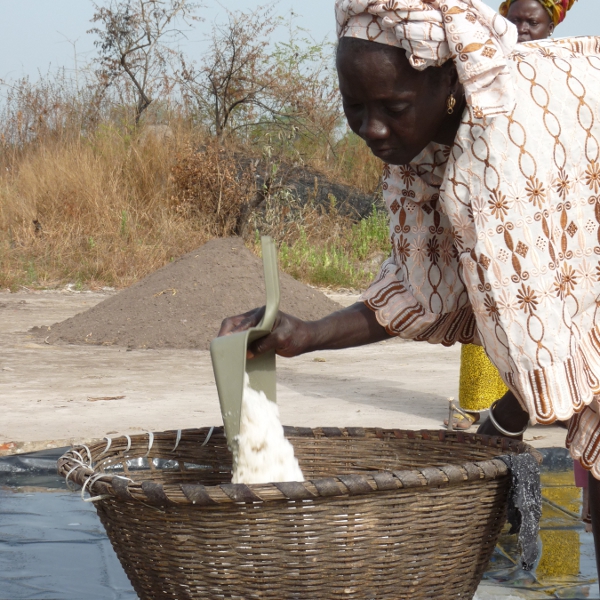